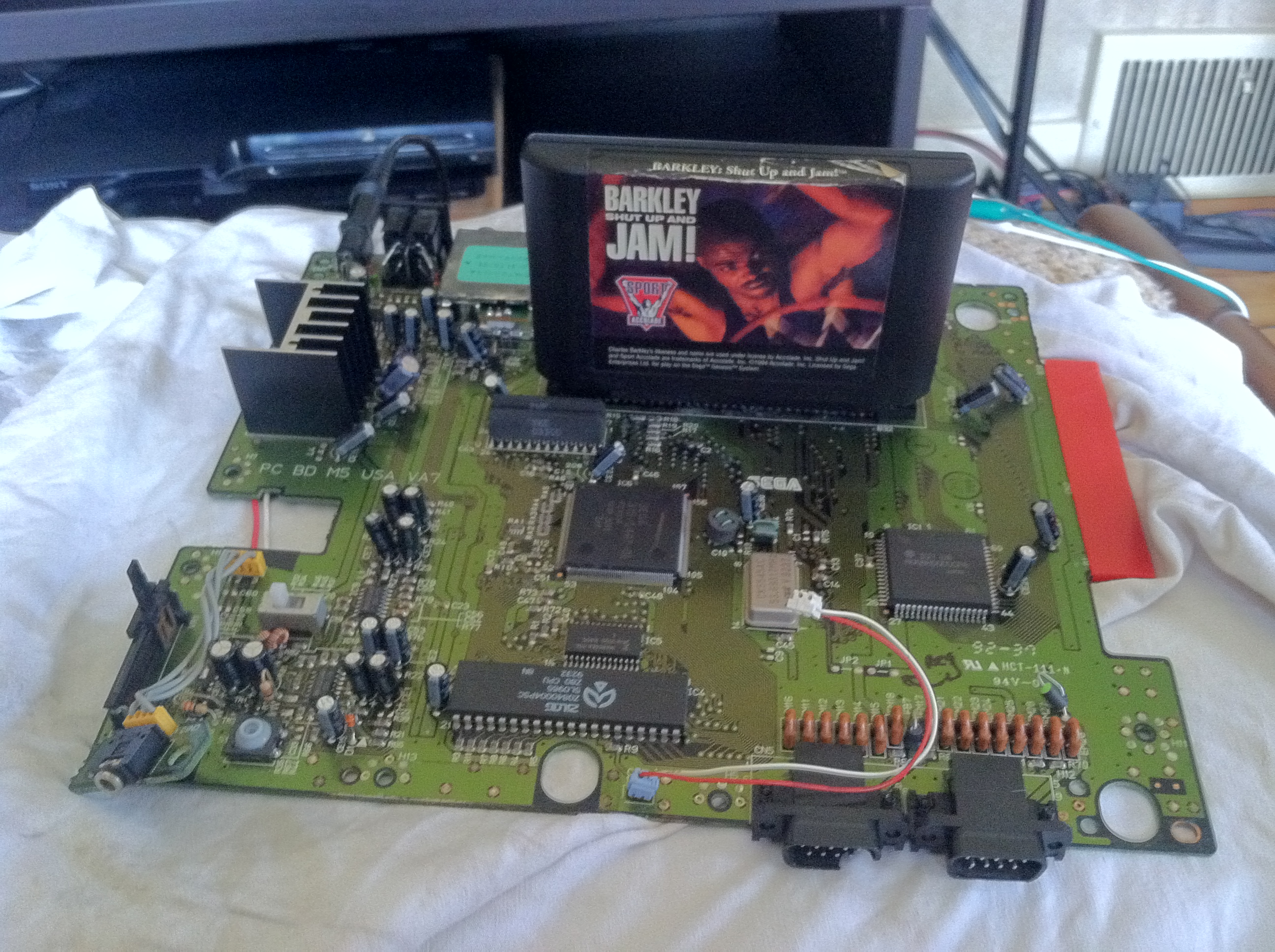 Continuing my Sega Genesis Project, now that I’ve got the video in a form my TV can understand, time to start messing with things.

Repeating my disclaimer: Messing with things plugged into an outlet is dangerous! I’m only doing this because the Genesis has an adapter that converts the voltage to 10V DC long before the power gets anywhere near the board.

When in doubt, only circuit-bend things that are battery powered. Think of how embarrassing it would be for your parents (or wife and son) to explain that you died trying to get glitchy video from a game system.

Anyway, that said, time to start poking around a bit.

These are the Video RAM chips whose connections I’m going to bridge. They have 24 connectors apiece, and one on each is the power, one on each is the ground, everything else (I believe) is data. So all we’re going to do is send some of that data to the wrong places.

I’m going to poke around the bottom here, because the contacts are more accessible.

(By the way, the resistor and capacitor you see here are not my work, just an afterthought by the designers of the PCB.)

That looks pretty glitchy to me.

I’ve found a few points that give a variety of effects (relatively). The next step (next time) is going to be installing a way to control these. I’ve decided I’m going to start with a push-button system before moving on to the MIDI control for two reasons:

1.) Moving in small steps seems wise.
2.) I’ve used up this month’s tinkering budget, and I’m going to need a Teensy to get the MIDI working.